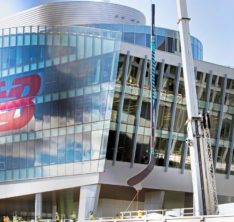 Without getting down to the elemental level of alloy recipes, it helps to know a few of the basics behind proper steel grade specification in architecture. So many of the really stunning designs you see in both commercial and fine residential architecture are enabled by the steel category commonly referred to by its acronym “AESS.”

Globally, Architecturally Exposed Structural Steel use is on the rise (no pun intended). According to the American Institute of Steel Construction (AISC), “more and more designers are choosing to expose steel in their projects—not just out of a sense of practicality or functionality, but also for its aesthetic attributes. They do so because they realize that steel can do more than simply support a design; it can also become an integral part of it. And in doing so, they often hold steel to as high a standard as any other fixture or finish. They aren’t just going for an industrial look. They’re elevating the material to a new level…”

When specifying AESS for your next architectural metals project, where do you begin? It makes a lot of sense “go with the Code.” The AISC Code of Standard Practice (ANSI/AISC 303-16) implements a defined approach to specifying AESS by using five categories—AESS 1, 2, 3, 4 and C. 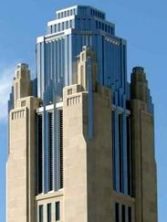 “AESS 1: BASIC ELEMENTS. By default, AESS 1 is the minimum treatment of exposed steel beyond standard fabrication of structural steel. This category typically incurs the lowest cost of all the AESS categories and also serves as a prerequisite for AESS categories 2, 3 and 4.

“AESS 2: FEATURE ELEMENTS NOT IN CLOSE VIEW. It is important to recognize that details are much less visible at 20 ft away as compared to an element 5 ft away. AESS 2 serves a level of fabrication and erection specific to structural steel elements viewed from a distance greater than 20 ft.

“AESS 3: FEATURE ELEMENTS IN CLOSE VIEW. A higher level of fabrication and erection is provided as the AESS category number increases. AESS 3 represents the next level of characteristics, specifically for components within a viewing distance of 20 ft or less.

“AESS 4: SHOWCASE ELEMENTS. The sculptural nature of steel is meant to be the main focus when specifying AESS 4. This category draws inspiration from the expression of form as the featured aesthetic in a project.

“AESS C: CUSTOM ELEMENTS. Any deviation from the requirements of AESS 1, 2, 3 and 4 falls under the Custom category, AESS C. Occasionally, there are situations when sharp edges do not need to be ground smooth or erection and painted marks are not required to be removed from view. Allowing this flexibility in choosing characteristics provides designers with greater freedom but also notifies steel fabricators and erectors that there is a noteworthy difference from the typical category requirements.”

Holding steel to a higher design standard makes a lot of sense when you consider all of the amazing things for which it can be engineered. Fewer structural limitations open up more creative design avenues. 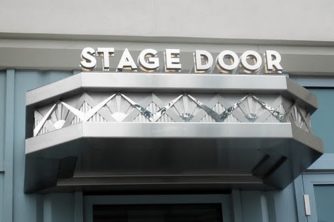 We hope this article provides you with a little more clarity on architectural steel and maybe a lot more inspiration to apply your creative talents and engineering skills toward using it. After all, the steel-supported structures sculpturing our skylines and the ornamental architecture that gleams along our streets and highways make our world more livable and pleasing to the eyes.